Been lurking the forums and the discord for a while but haven’t really contributed to anything but asking some questions really. I thought that I should post my LGA 3647 build I got on the cheap (at least I think that

) which I named Fenrir - The Asgard wolf (which is a BEAST).
The current setup isn’t a beast - but the upgrade path of this MOBO sure makes is theoretical possible!

I’m currently on sick leave from my IT Project Manager work and got A LOT of free time, so I’ve been lurking some sites similar to Ebay and some special bankruptcy auction sites trying to find nice deals. On the latter site i found the ASUS WS C621E SAGE Motherboard on auction and I was thinking that “Yeah that would be a nice base plate to build something on”. Especially since I kind of wanted to replace my SNAFU 2.0 build based on a SM X9DRL-iF with E5-2650 V2’s. The reason being the lack of PCIe x16 slots (wanted two remote gaming VM’s and the SM MOBO only have one open PCIe x8 slot).

I started asking some questions on the discord about the socket/mobo and the xeon scalable and @stuffwhy[US] instantly came for help (kudos!). He was strongly advising against getting that board though

Since the cost for Xeon Scalable etc is nuts. I agreed.

Buuuuut, anyway, the luck favours the bold, so I decided I will try to win the mobo auction and find a decent CPU to match it (somewhere, later on) and I actually won the auction and got the mobo for about 280$. A steal! (at least here in Sweden) 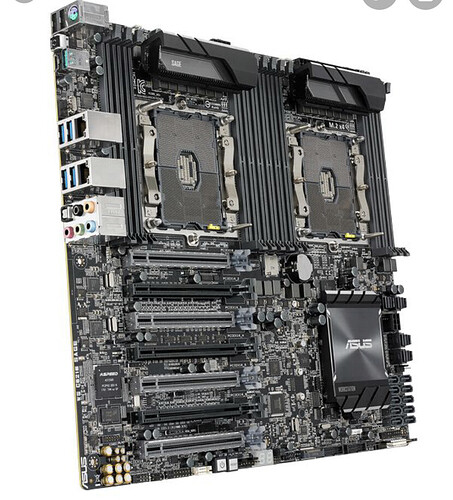 Some days after that, I found a Xeon Scalable 4112 on Swedens biggest auction site and I thought - Hell yes! We were two bidders, one other bidder that’s a refurb reseller and I. I won the action and got the CPU for just under 130$. (Two weeks later, he put up another one on auction which I got as well, for slightly more dollares) Hell, i’m on my way getting a system well south of 3000$ which was the suggested price for the whole system on the discord. 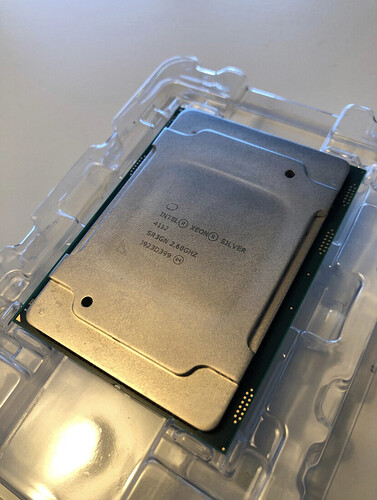 A week later I found a huge batch of DDR4 RDIMMs going on auction as well. I had no idea if they were confirmed working on this mobo but i thought I could re-sell them if they weren’t. They were specced for lower speed than the MOBO officially supported but I was guessing since it’s the same generation of memory the MOBO should work with 'em. Got those for a steal as well! 96GB of “Genuine HP SmartMemory 32GB 2R RDIMM DDR4 Memory for Gen9 Servers” (PC4-2133P-R). When i unpacked them though, I noticed that the seller had switched the 32GB sticks out for 16GB. I contacted him and he told me that he actually were reselling theese sticks and was not guilty for the switch and that he happily transfer me half the sum back (since I got 50% of the capacity I bidded for). 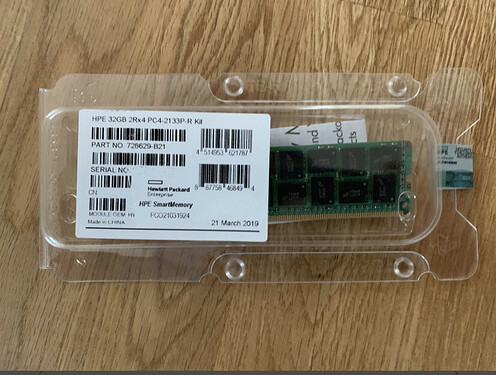 Now I got the main part of the build and I could complete it with some spare parts laying around at home. That would be a Fractal Design Define R6 chassis and a kind of crappy PSU that I later replaced with a new one since I didn’t want to risk theese mighty fine components. The R6 chassis does accept smaller variants of E-ATX MOBOs’ but not big things like this SSI-EEB so I was thinking how I could make this work some way. Well I Frankenstein’ed it! If you remove some features in the “standard mode” in the chassis, and put some “electrical tape” to avoid conduction and don’t mind just using 50% of the standoff’s then you can fit the board. I could only use one standoff at the top so i actually used plastic straps to help support the MOBO.I Don’t know if this will make a real difference but it gives me some peace of mind. 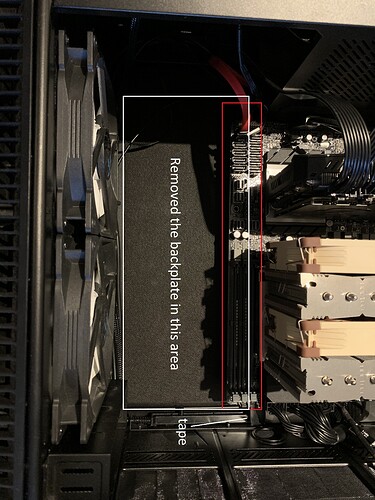 20-12-02 12-20-00 3635 EDIT3024×4032 3.43 MB
The white area is supposed to have some kind of metal plate mounted. I had to remove that to make room for the MOBO which overshoots the standard layout as per the read area. Additionally I had to use tape which is hard to see on the picture so the MOBO won’t touch the chassis and it goes parallel under the red area from top to bottom 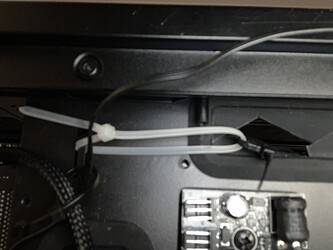 IMG_35873088×2316 1.13 MB
plastic straps on the backside of the MOBO/Chassis holding/supporting the MOBO since i couldn’t use many standoff’s on the upper part. 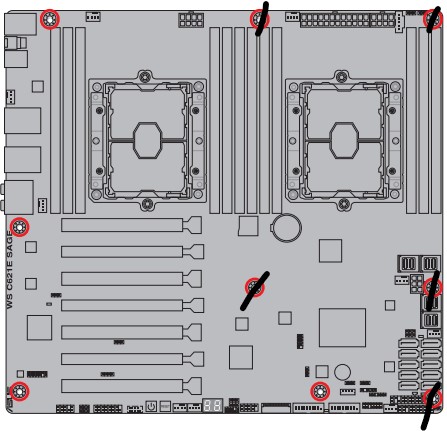 Marked the holes NOT used. I have to admit it somewhat worriesome. The middle one in the top row is strapped to the backside of the chassis as pictured above. 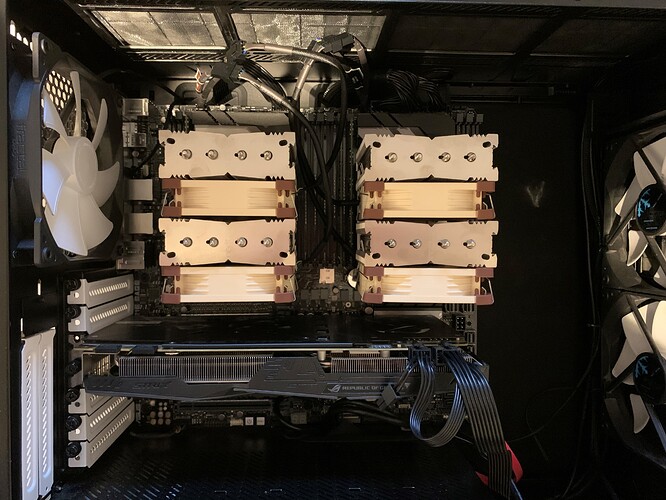 Conclusion: This was my first own build without following the guides posted here. I’m kind of satisfied with the result. It could absolutely be more bang for the bucks, but the upgrade paths provided and the fact that i probably won’t need to upgrade and switch components on this one for a looong time makes it pretty neat i think. In the future I hope the Scalables will be more affordable like the Xeon E5 V2 series are today. The CPUs boosts 12419 passmarks and Cinebench R23 shows 7372 points. Right now i abandoned the remote gaming thing and uses this as my primary work/battle-station.

Thanks to @JDM_WAAAT for a great forum and @stuffwhy for taking his time to ball ideas!

Haha yeah i know. The MOBO is insane!

Exactly, and i think i don’t have to do any upgrades until then actually. It was a real lucky shot.