Just getting around to setting up my server from it setting some 2 years without plugging it in or running it at all.

Now prior to it sitting I did have it running for awhile and I know it does run as it sits today but there seems to be some configuration issue with it now?

I am running the above with a H700 raid PCIe card with Cache Memory of 1GB.
Upon startup the lights look like this:

I took out the 256GB SSD in drive 0 and hooked it up to my external USB adapter on my other computer and it came up just fine with all the files on it being correct and not corrupted. I also hooked up a regular HDD to drive 0 and it gave me a solid green lite without that error.

The below image is what it looks like when I tested out drive 0 with a 320GB HDD. 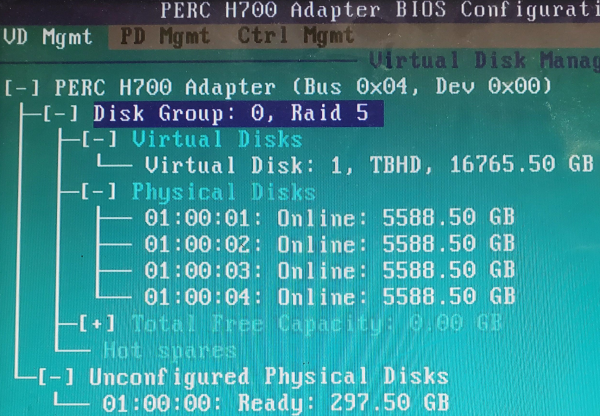 The RAID with the 256GB SSD looks like this: 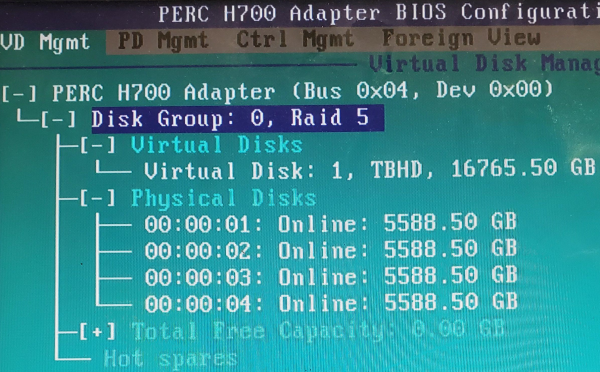 So before I do anything on the server I would like an expert on this to let me know what I need to do in order to boot to my Windows Server that’s on the 256GB SSD. The 6TB drive(s) have a lot of stuff on them that i do not want to erase or destroyed by losing the raid 5 array.

I tried pressing ‘F’ but it didn’t seem to do anything but continue on? And it comes up each time i reboot. Sometimes the drive blinks orange really fast and other times its just off. Am i missing something? 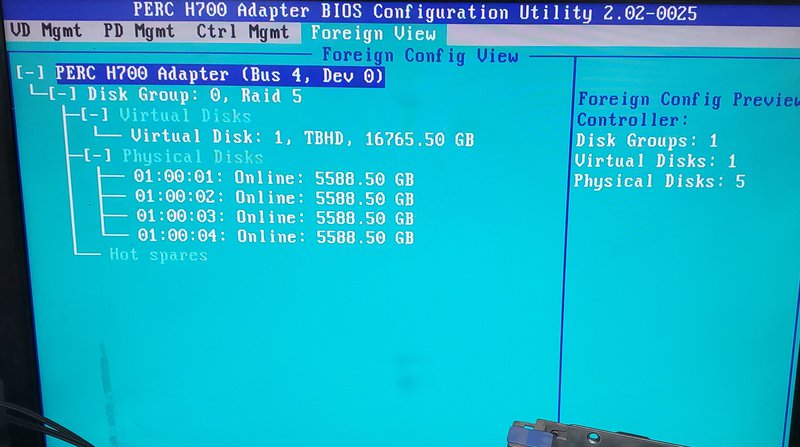 Here are some screen shots of the RAID controller config: 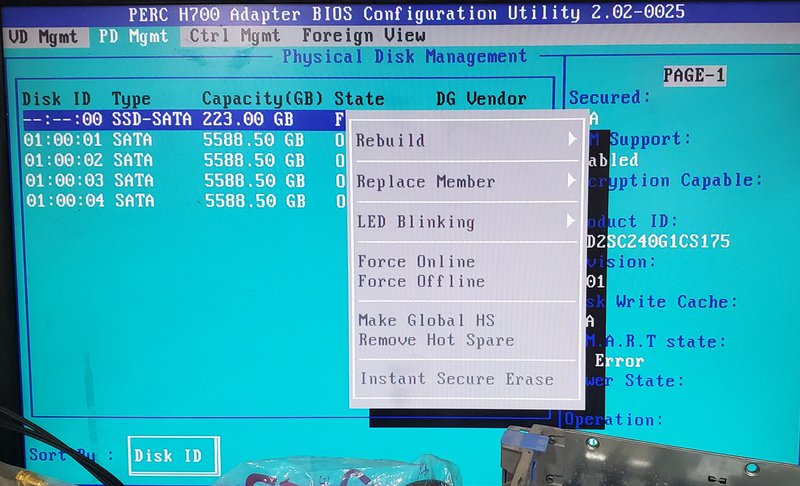 Oddly enough when I hit F5 (on the VD Mgmt screen) to refresh it starts blinking the 256GB ssd…
It has shown up once… But then I did a Initialization and i chose OK when i wanted to choose Cancel…Hence I had to clone the SSD with the image I made prior to doing all of this. Ever since doing that it has not shown up on the list.

It was suggested to create a new VD without Initialization should fix the issue but It doesn’t seem to be selectable. Its grayed out. 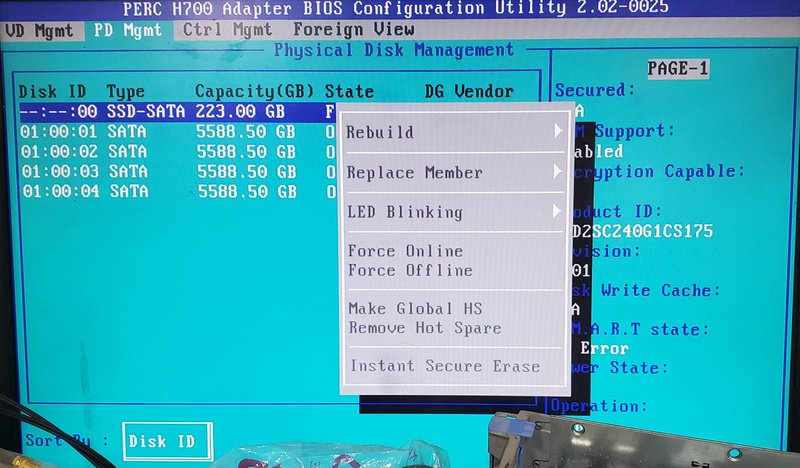 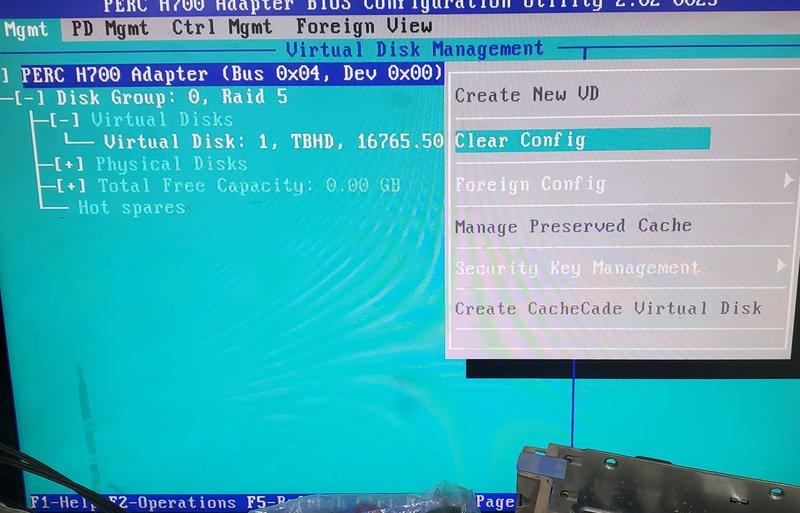 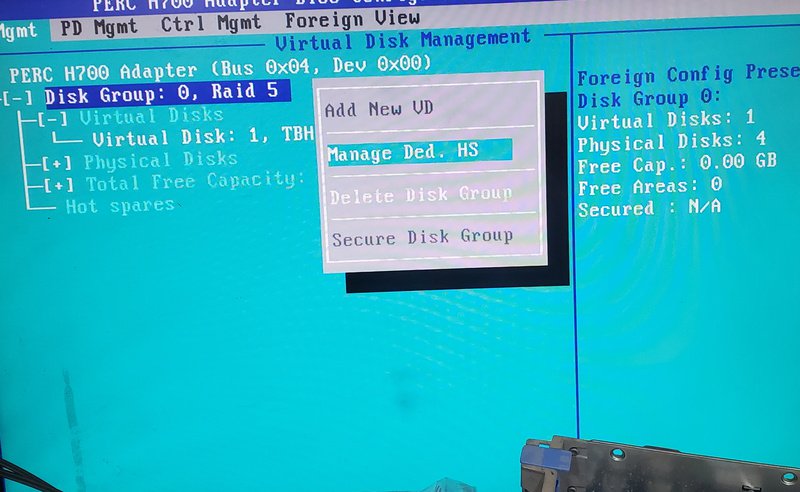