Customer racks made my me 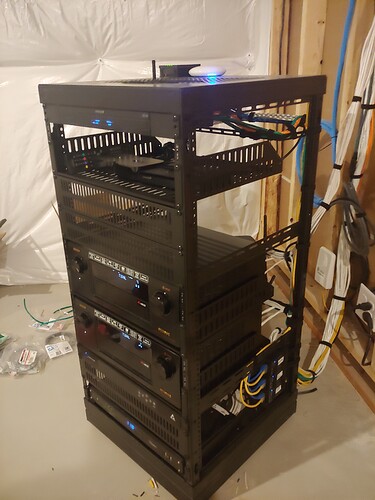 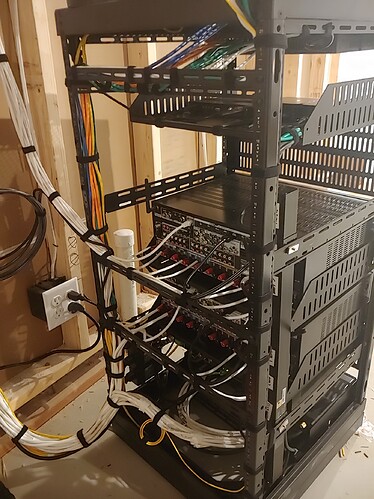 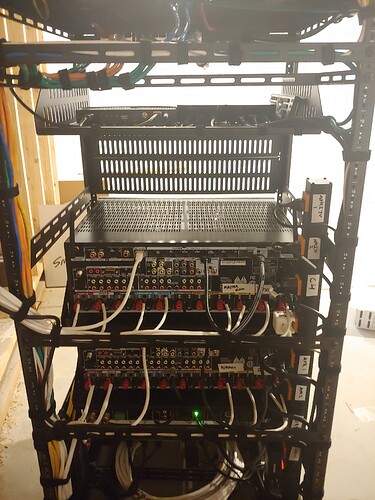 10 points to the first one to find the router! 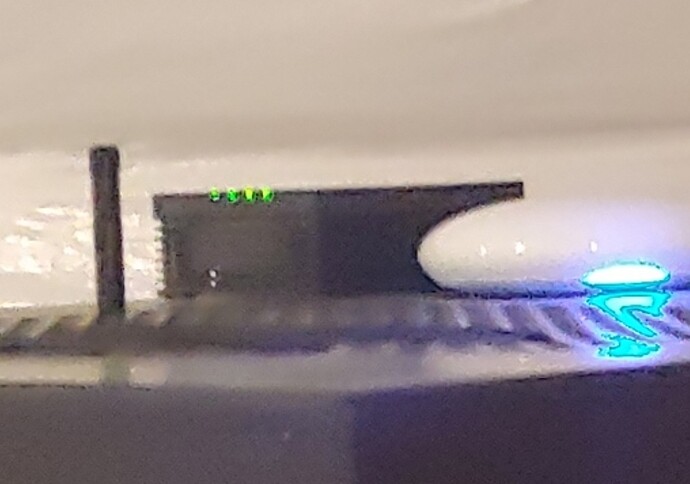 Is it this guy?

nope, but close, that is the fiber box. Do you call it a modem? Im not sure. 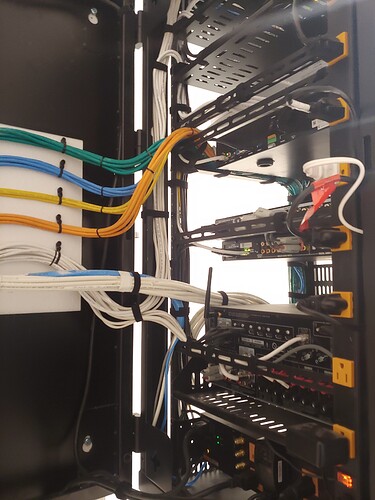 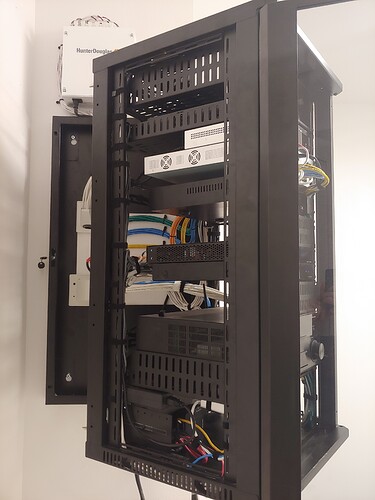 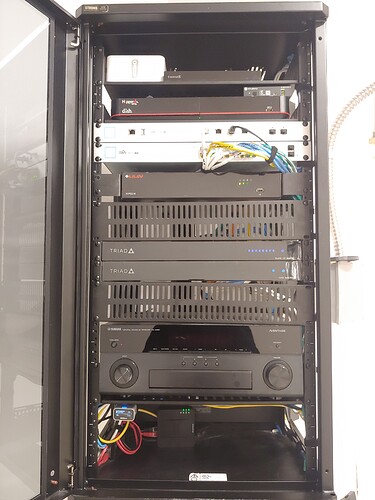 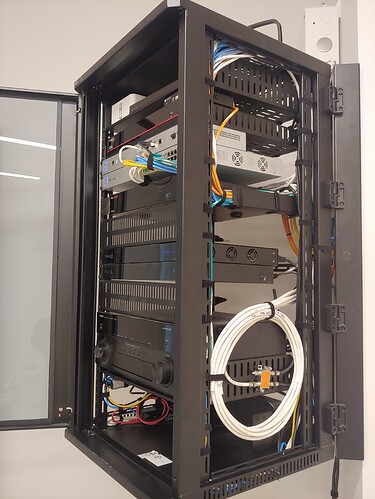 Heres another one I just finished up, lot more going on here than the previous build. And comcast came in late so my management of their stuff got a little messy. Also had to add the audio matrix in late. 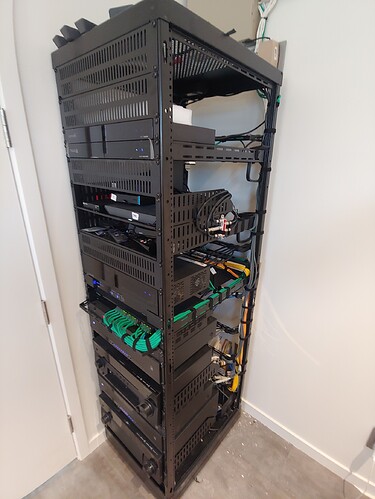 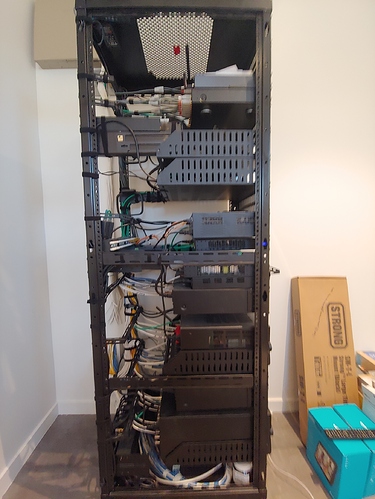 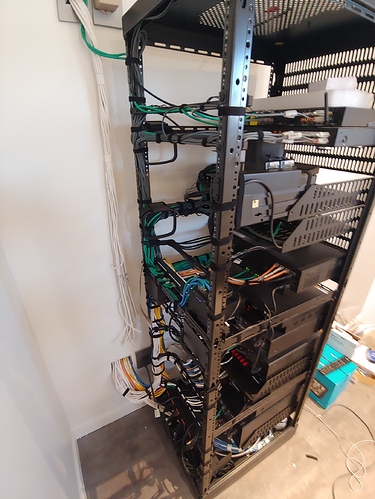 The Artesan sound bar sounds pretty good (for a sound bar). Its a weird layout though, very large room, with an in-wall subwoofer in a kind of bench below the tv, the bench has an air gap , so its really boomy, but that works well for the space. The rear surrounds , however, are WAY too far back. Also, because my company supplied crappy HDMI audio extractors, all sources have to be set to stereo.

We had to throw a “cheap” Episode soundbar in the theater upstairs, it sounds distinctly worse than the Arteson , even though its powered by a better AVR.