Find many great new & used options and get the best deals for Intel Server Board S1200V3RP With 16gb RAM at the best online prices at eBay! Free shipping for many products!

This is a pretty dang good deal on what I would call a NAS Killer 4.5. Socket 1150 instead of 1155, but you can follow the rest of the NAS Killer 4.0 guide for everything else.

Thanks for the share! How do you think this Mobo / CPU would handle 4-5 VMs?

That would be more of a memory limitation. I would look at getting at least 16GB for that man VMs. You could save some RAM by using docker when able.

Unfortunately this seller doesn’t ship internationally. I’ll have to be patient and wait for something else to pop up.

How would this combo work as a PfSense setup?

It would work great, although it’d be pretty overkill…

Just got mine in the box today. Really good looking board. I was thinking backup box for work but now it may replace the Ryzen for my first home linux NAS. 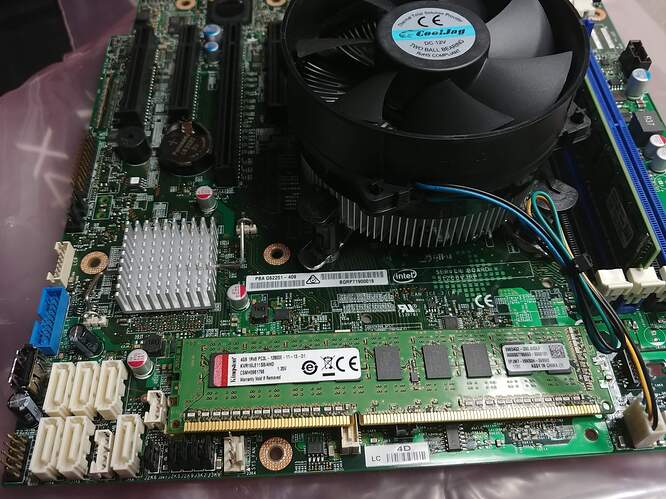 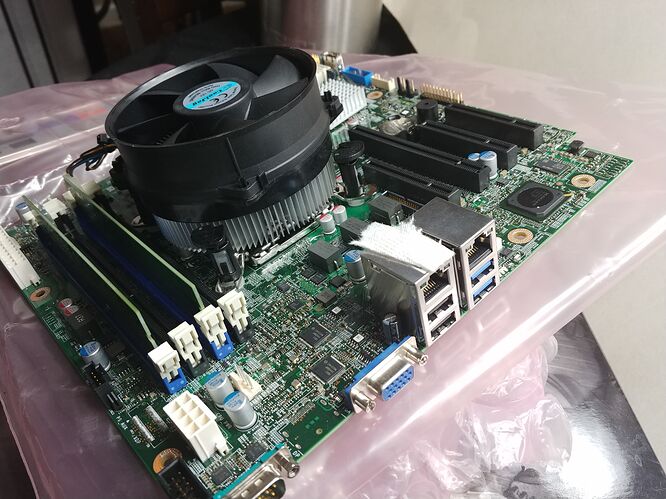 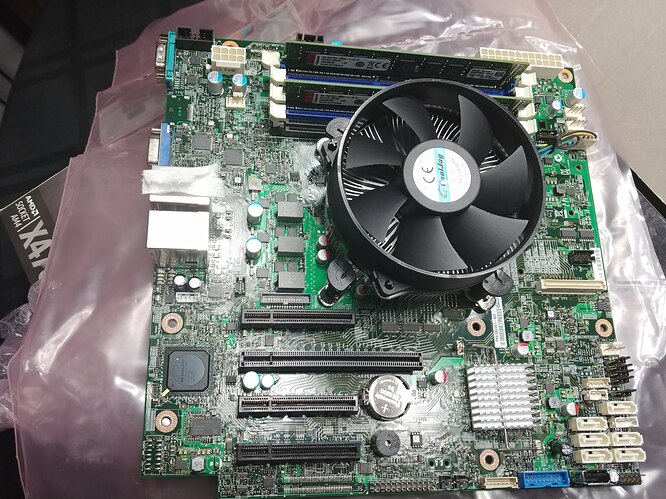 Careful, that RAM’s not slotted all the way. Looks really clean though!

Yup, clicked back in. Should be fun testing it out and getting it set in it’s home

i received mine yesterday. thank you for providing the link. The seller accepted $65 for the combo. this is going in my first UNRAID build. Thanks to this site for the assistance! Still have a LOT to learn

The RAM compatibility is the same as the NAS Killer 4.0. Should be able to do ECC UDIMM, but not RDIMM.

Any update with your builds?

My Intel board is still on hold til I get the energy to dive deeper into the bios setup. From what I gather this Intel board REALLY want to be in the OE Intel chassis with dual power supplies. I’m getting a chassis error centered around the missing signal from the redundant power supply, which commands the all the fans at 100% in an error state. I’ve read a few forums and such that talk about setting a different chassis during a bios update but I haven’t messed with it more yet. I may end up buying a different board so I can can make use of the processor and ram that came with that bundle but I haven’t called no-joy on it yet.

I got mine up and running without any issue. The BIOS was updated to current on my board. I haven’t added any more memory or a different cooler… I had an existing power supply and put the board into a Deep Silence 4 Mini Tower M-ATX (really nice!)

I’m running UNRAID with a couple active dockers. I found out real fast that this CPU wouldn’t handle what I was wanting. The E3-1225v3 processor is four core with no hyperthreading…so it’s usually running between 90-100%. No regrets for the price, but I am now looking to build something with a beefer CPU.
This one can’t seem to handle more than two streams (Emby) and do a parity check without the stream freezing.

Have you turned reconstruct writes off with unraid?

Parity checks will degrade performance regardless of the CPU, it’s a disk usage issue. Turning reconstruct write off helps significantly, in addition to the video below (if WCE isn’t turned on already). 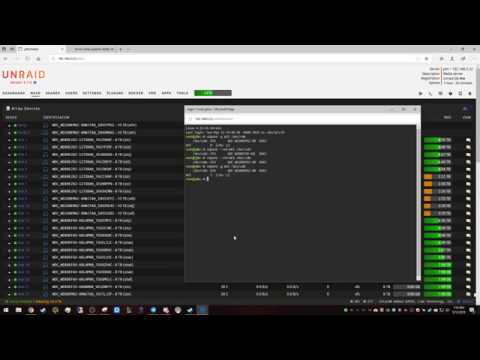 I’ll check that WCE setting after work today, thanks!
Also, you recommend turning OFF reconstruct write? I’m pretty sure this is currently enabled.
I had read to enable this for faster read/writes. I don’t have any settings (that I know of) that spin down the disks. I read the downside to reconstruct write/turbo write was that all the disks have to be spun up.

It’s turned on by default. Yes, turning it off does slow down your writes (not that much), however… if you’re using a cache drive it won’t matter. With it on, it uses all of the disks when writing, and basically makes apps like Plex and Emby unusable. With it off, it writes to only the single target disk and the parity disk(s).

How often are you performing parity checks? IMO any more than 6 times / year seems like overkill.