Might I request a build with USB 3 native and ECC ram? I’d like to build an unraid server, but would like to backup to USB drives and USB 2 is too slow for me. I also have too many issues finding a PCI USB 3 card that works, even with the Renesas chipset.

What about something in the LGA1150 territory? Like the following which has integrated graphics, USB3, 8xSATA 3, and dual Gb Lan:

I mean no offense by this, but what makes you think an onboard USB 3.0 chipset will behave differently than an add-in card?

IMO, there’s no real reason to back up to USB, you should have local parity and an offsite cloud provider.

I do have cloud backup for important things, but the bulk of my USB backups are for Veeam (Servers, Clients). If I have those backups on a server, and the server crashes, I have a way to restore. Since they are on an external USB and I wanted to restore say a client, for example, I could connect that client directly to the USB drive for efficiency. I could also bare metal restore to some other hardware during a catastrophic failure. It’s a bit overkill I know. My other option is to use an RPi 4, connect the USB drives to that and backup over the network which would be faster than locally on USB 2.

A separate host is the far better option.

Maybe I should elaborate and say my current LGA2011 build is at capacity and to solve my storage issue, was to build a nas with unraid. Since my build from JDMWAAT has worked so well over the past couple years, I thought I would return and look for a NAS build. USB 2’s speed really drives me nuts, so I was looking for something a little newer with USB 3 that still had ECC, but didn’t break the bank. The best option might be the rpi4 and backup over the network, it would certainly be cheaper.

You need to re-purpose your Intel S2600CP serverboard as your main NAS. There’s guides already in place for this. 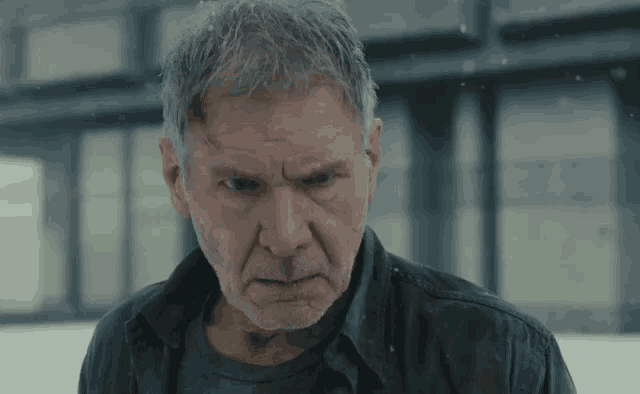 And just in case you didn’t believe me when I said I used to have the Intel S2600CP and miss it: 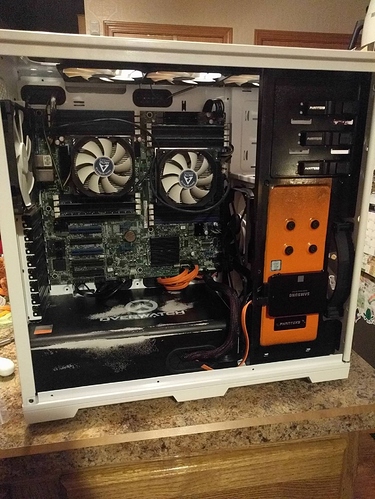 Your “restriction” on capacity is solved by adding a $15 SAS expander card to your LSI SAS 9211-8i and a Rosewill RSV-L4500 chassis.

Edit Addition: You have Dual E5-2680v2’s in your Threadrunner build which has a passmark of 21k. Dropping down to 9k passmark in a NAS 4.0 is the opposite direction.

I’m using all 8 of the SATA ports on the SAS card, 6x10TB WD HDD and 2x1TB SSD (Cache and VMs), I have a 1TB SSD (OS) and 10TB HDD on the 2 on board SATA 3 ports. I also have 2 Blu Ray drives. With all that the case is full and the power supply is running out of power connectors. I’m using drivepool to aggregate all the drives and provide duplication. I also have a drivepool for 4 drives connected to a USB box, and yet another USB hdd, both for VM and Client backups (Veeam) because USB2 is sloooow. I’ve tried a couple USB3 cards with no luck.

The end goal is to have a second server so I can move VMs between the 2, but I can’t afford that right now. I could start a NAS build to host the VMs, and maybe move the bulk of my storage over. My problem with a NAS running some sort of raid, is the chance of losing all your data. That’s why I’m using drivepool. I am backing up important things like pictures using CrashPlan. What do you guys and gals think?

I’d recommend buying two Rosewill RSV-L4500 chassis. Move all of your stuff into one and then use the 2nd to house the remaining drives in a JBOD DAS. I’d go that route unless you want to buy a 24 bay SuperMicro chassis.

You can always just add a single RSV-L4500 to your Enthoo Pro setup.

The more I think about it, the more I am leaning to building an unraid server, like the NAS killer 4.0 Ultimate rackmount build. I would however like something with USB 3 (mainly for backups) native that still has ECC ram of course. Then I’m assuming I can host my VM disks from SSD cache drives in the unraid server and connect everything with 10GbE. Then, if I build another LGA2011 server in the future, I can use it has shared storage for my VMs.

I’m not sure if you’re aware but your Intel S2600CP2 is better than a NAS Killer 4.0 build. In fact, I love that damn board. Even more than the Gigabyte GA-7PESH2 that I have now.

Thanks for all the replies and ideas! I have no plans of getting rid of my current server if I build a NAS. If fact, I would like a second server with the same build so I can migrate VMs when I reboot a host, but I can’t afford that right now. With that in mind, I was looking to move the VMDKs to a NAS solution with 10Gbe. Initially I was just looking at something small with a couple SSDs, but I might as well move all my DAS to the NAS. With that I would like to have USB 3 for backups.

Now, through my limited searching, it looks like something with USB 3 and ECC ram is almost what a mirror of my current server would cost. I think the best idea would be to build the NAS Killer 4 and use a RPi 4 for backups now that they have Gbe and USB 3. Thanks for letting me talk this through

As far as using my current server as a NAS, I’m not sure something like unraid’s hypervisor would be stout enough for me, and the free version of ESXi was missing too many features I was accustomed to (after a week I couldn’t stand it). That’s why I went Hyper-V which has been better than I expected, but the reboot times when installing updates, even with my own WSUS server, are ridiculous. Server 2019 seems to be a bit quicker with updates so I might attempt an in place upgrade.