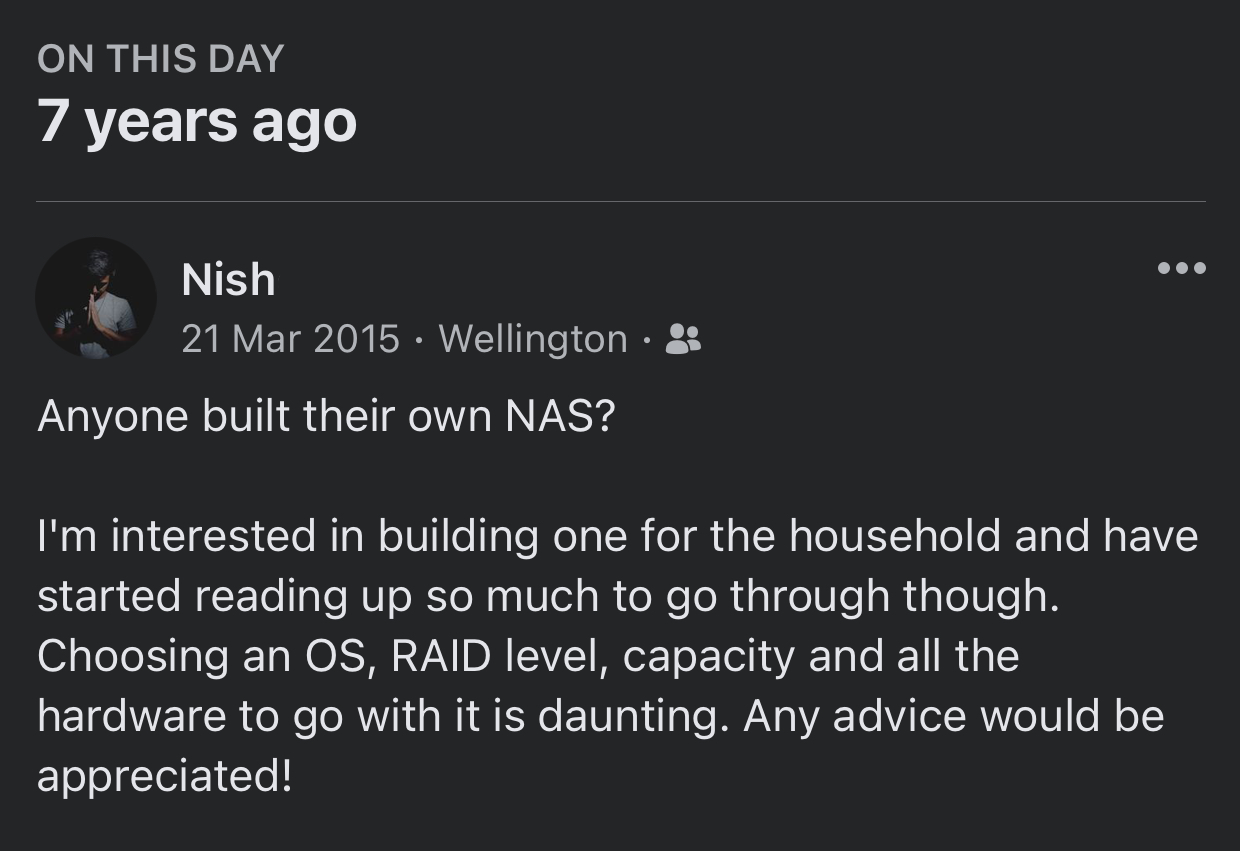 I wanted to preface this by saying I have wanted to build a NAS since 2015 and finally have the ability to make my 2015 dream into a reality so I may go a little overboard.

UPDATE: I already did go overboard by choosing this build.

This is obviously going to be more than a NAS.

I’ve been looking around online and was contemplating a Ryzen build but started looking into server grade stuff and found this lovely place! I’ve been lurking for a few weeks here and asking questions on the discord, thought it’d be nice to post the journey of this build here!

This will be a NAS first and foremost. I’ve wanted to have a NAS for so long that it’d be weird if it wasn’t my first goal right?

It will be one place to store my data which I will access but it will not be the only place a copy of that data is stored! (More on that soon!)

I’ll mess around getting familiar with some VMs, and learning about Docker and their Containers.
Pretty much this will be my place to learn about all these things. 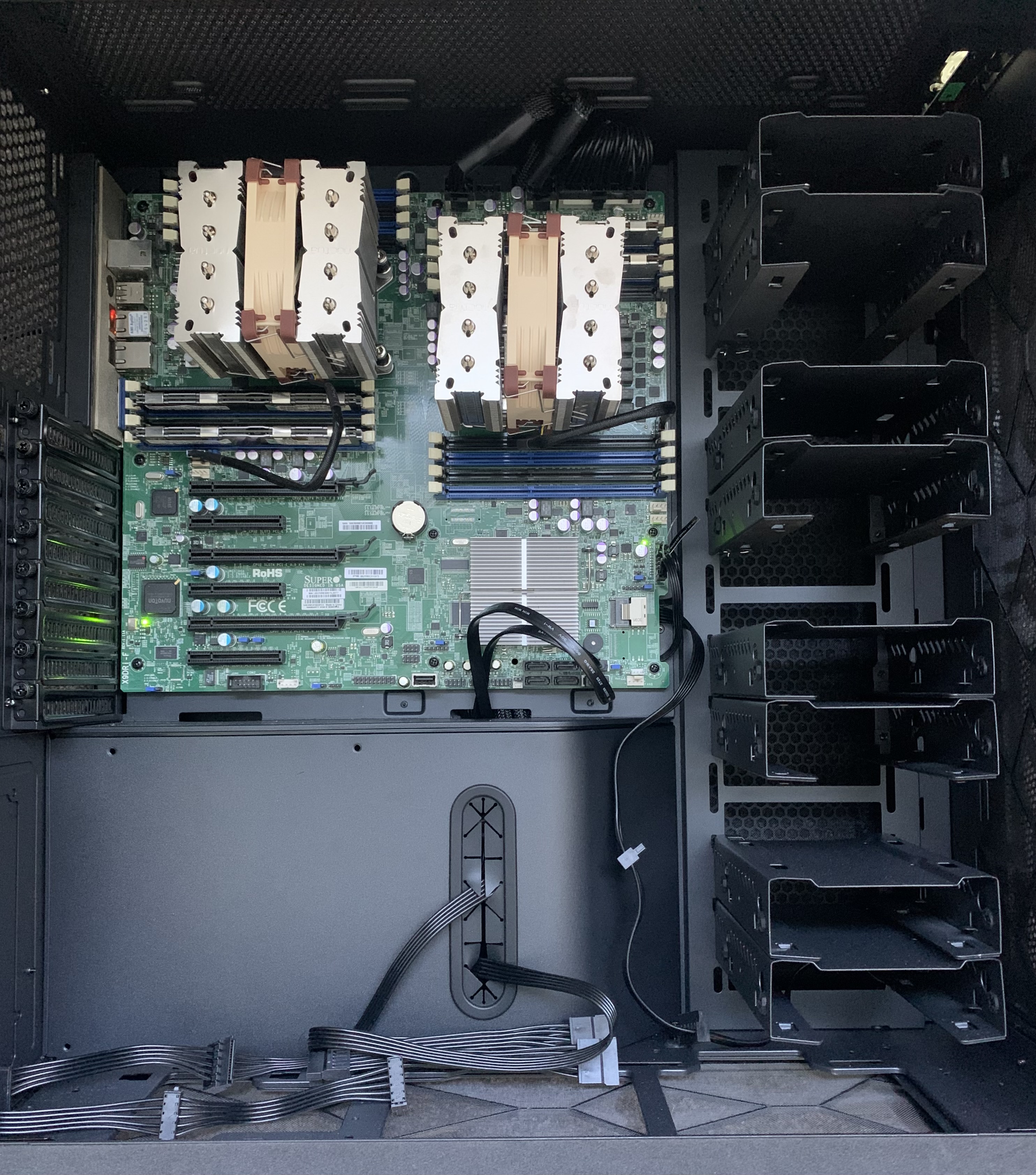 I'm based in New Zealand and everything is stupidly expensive down here and it takes between a week to a month to arrive. The last thing I'm waiting for is the SAS Drives but that’s fine, I’m getting familiar with the server as it is!

I bought these things

These are things I’m tempted to get atm

The CPU upgrade so I know I’ve got the most I can out of the system.
The RAM so I can slowly add more and more as I get deeper down the rabbit hole