I bought the parts from this build over 2 years ago and life got in the way of actually building it. An 11k passmark for ~$400 was too good to pass up. I had a 2012 Mac Mini working alright for years. Came back from Christmas break and it was dead. First lesson, do regular backups of the Plex database. The most current one was Summer 2019.

I initially thought it was going to be quite loud. I can tell a noticeable difference in the speed of the Plex server being accessed and navigated around. Second lesson, zip the Plex database before moving stuff around.

Objective: The $350 build from /u/JDM_WAAAT has been very popular over the months. Since then, many of those parts prices have drastically increased in price or are unavailable. So new objective, build a cheap, kick-ass server for not a whole lot of money, again, that is more powerful than the original. Server must also have a clear upgrade path for future expansion, and be able to perform in a variety of workloads. Rules for buying used server-grade parts on eBay: Buy from highly-rated, rep…

Here’s a PC Parts Picker link with the specs as well. https://pcpartpicker.com/user/snipun/saved/#view=ZMJzNG

Note: I just realized I somehow bought the X8DTI-F instead of the X8DTL-3F. Ugh

I ended up using Win 10 Pro because I was just familiar with it and didn’t want to have to learn something new at this point, even though I really was wanting to try to do unRAID. I also thought I needed the Pro version of Windows because the non-Pro version states it won’t let you use 2 processors.

I bent a pin in the process which sucks. Had to take the computer in to a tech to salvage things. He said he fixed what he could but one of the RAM slots isn’t detected (although I can see that it is in a hardware resource monitor program. I might add another 3 RAM chips to the B slots for the affected processor if things go south but so far it’s sitting at 20% RAM use at idle and doesn’t bump up much during Plex use.

I still use a Synology NAS (DS413J) with 4x3TB and 2-disk tolerance. I just bought 3x4TB drives and will install those in this server and then move 2x3TB over as well. Will keep 2x3TB in the NAS to serve as a periodic backup of server data with no disk tolerance. I’m thinking of using Windows Storage Spaces for the server just given its simplicity but might also consider DrivePool. I just don’t have time to figure out new things at the moment.

Thanks to everyone for your help so far as I’ve had a heat issue pop up periodically that might be a heat sensor (it reads 200-300 celcius when transcoding 2 things sometimes or when syncing 1 movie) and/or a Northbridge heating issue so am getting a $20 heatsink (Amazon.com) as I’ve recently learned these things are known to overheat which might be causing the heating issue. 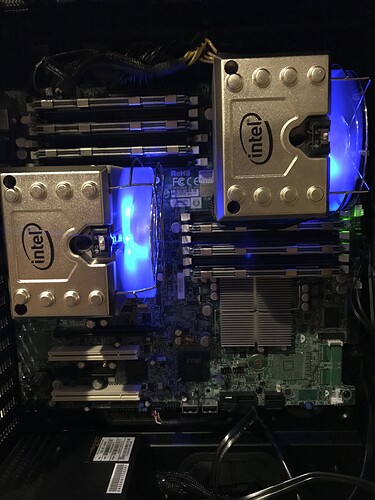 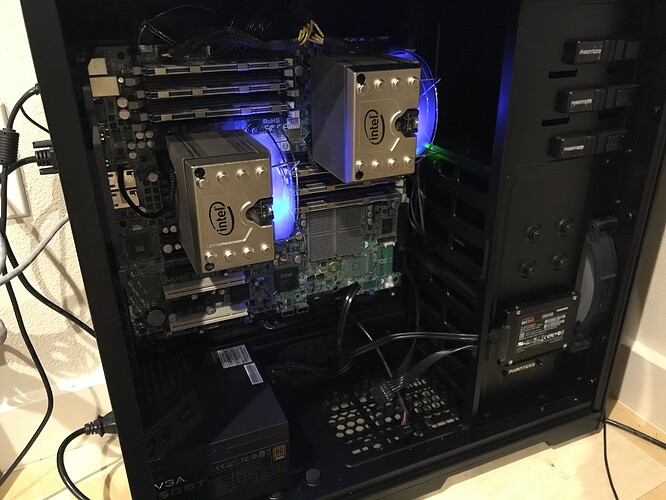 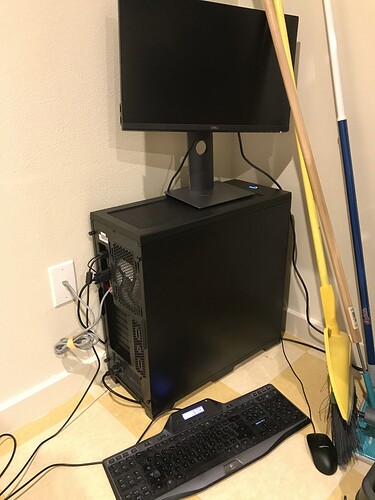