Bizzare BIOS behavior with regard to RAM ECC mode

I’m running into a strange issue, where upon any reboot of the system causes the RAM to drop into non-ECC mode as follows: 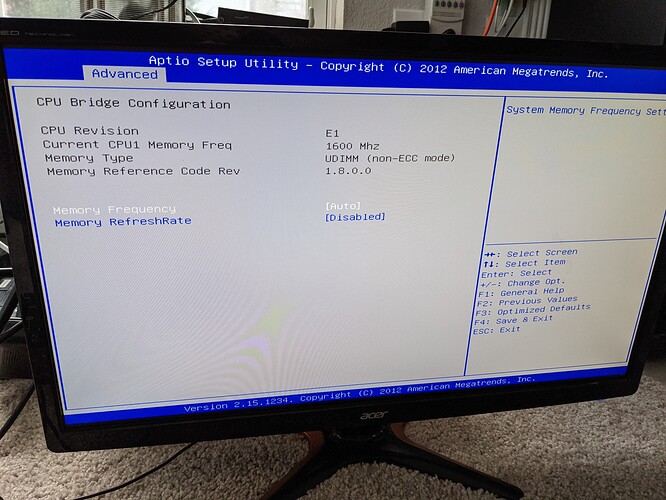 I cannot find a setting anywhere within the BIOS to alter this setting, the only remedy is to clear the CMOS. Which does work, but only until I have to reboot again. The BIOS is updated to the newest version as well, so I’m a bit stuck as to where to go next. Granted, I usually only take it down every 6 months or so but it’s a pain hooking up a monitor every time just to validate the ECC status.

Testing the ECC functions with the full version of Memtest yielded no errors, so I’m fairly confident that the RAM I have truly is capable of operating in ECC mode. I’m truly stumped, I have never seen this kind of behavior before, and based on the searches I’ve made through various forums, neither has anyone else.

Any pointers would be greatly appreciated.

Is your BIOS up to date?

I’m confident I fully updated it, but I’m just now noticing that pic says BIOS version 2.15, yet it seems 2.3 is available. Will look into that.

It seem that 2.15 at the bottom actually refers to the Aptio Setup Utility version, not the BIOS version. I entered BIOS just now and the main screen reported that I am indeed on the latest BIOS version 2.3.