Started down a path of trying to consolidate, simplify, save power (?). Decided to build up a big Unraid box to replace my two under utilized HP DL380P G8’s running Proxmox. The Unraid box would be an upgrade to my existing box which I’ve been running for 5+ years on an old AMD Athlon X2 setup.

Biggest deciding factor on LGA2011 is that I have a huge parts bin from these HP G8’s I was gifted. It would mean (at first glance) minimal investment to get a server going … boy was I wrong.

When I started down this path I was not planning on buying a case or a PSU as I thought I had adequate parts already on hand. Turns out my Rosewill case was a short depth 21.5" which would not fit E-ATX and my existing Corsair CX 750 PSU didn’t have dual EPS cables.

I discovered the PSU first so I went down to BestBuy to grab a new PSU as they had a good sale on and I didn’t want to mess with splitters.

Then I discovered the case problem and figured I already had all the other parts waiting to go so I was committed … I ordered the new case from Newegg Canada’s eBay outlet.

Case arrived. Built it all up. Farted around with resetting IPMI so it would actually connect - guessing this was an ex-ovh board based on the ovh_administrator accounts present. Popped in my old Unraid USB and fired it up - worked on first boot. Didn’t even have to re-order drives. I love Unraid. 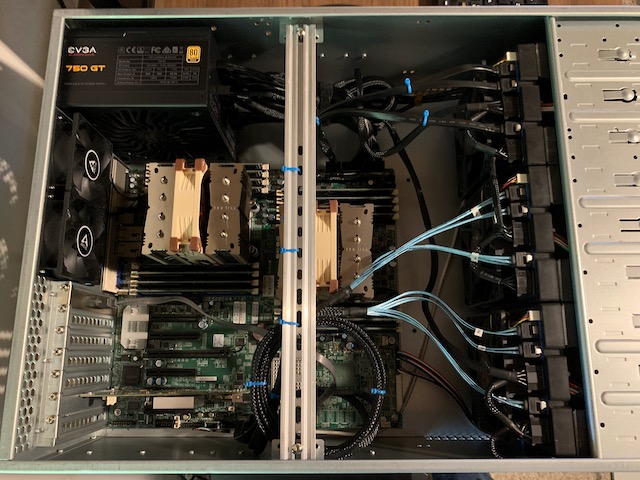 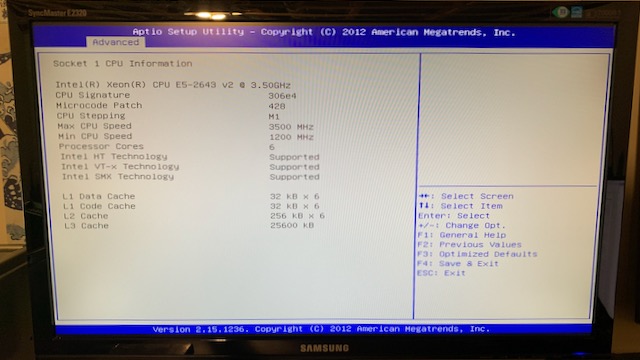 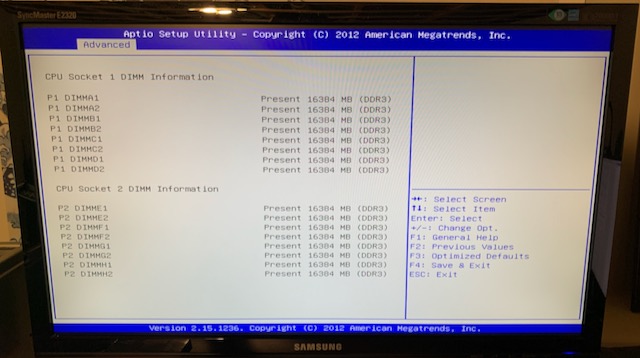 Thanks to Discord for helping me identify part compatability issues and find fixes / replacements!

Nice job on the build! The cable management is very tidy as well.