As I stuff more drives into Dakota this month, ruining the blissful 150 days of uptime, I thought it a great time to revisit and document the build.

Much appreciation to the folks on Discord for their patient assistance to my neophyte questions. 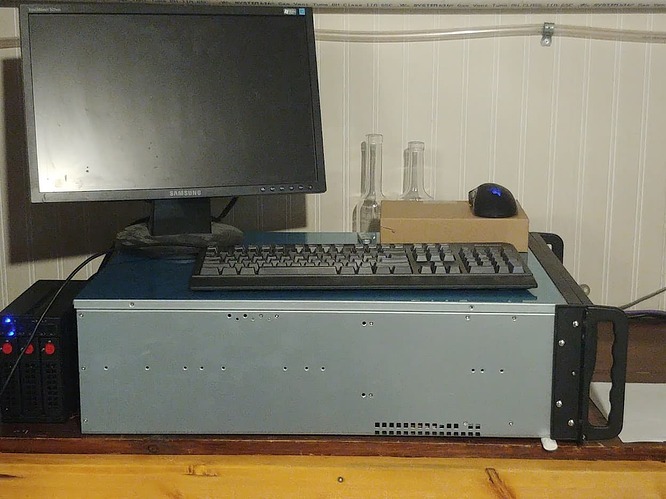 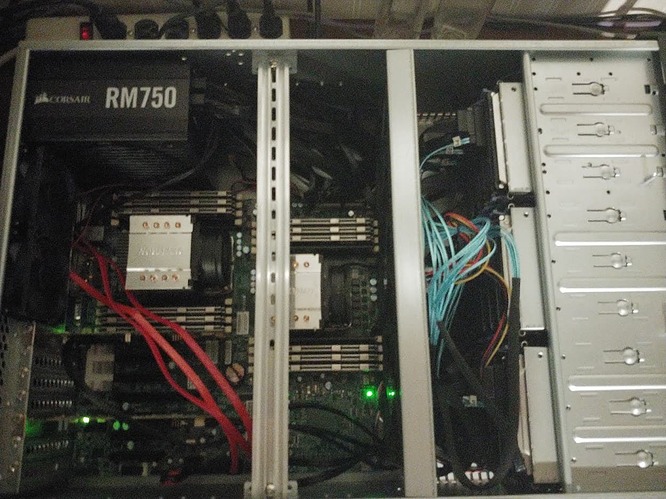 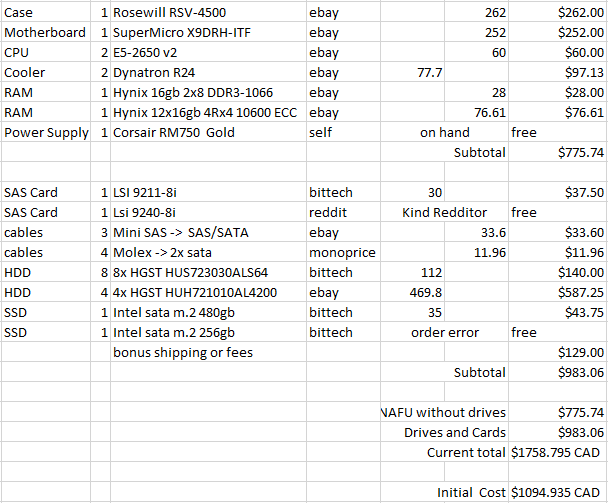 Server started as a winter project to learn more about the tech and to cut down the multiple refurbished lenovo workstations I’d been using. Named in honor of my favored pup who crossed the rainbow bridge some years back. I started it for about as cheaply as I could with what was available at the time. I wouldn’t change much except for patience about pricing.

Since building it, I found a great price on a stack of memory, and 10tb drives have come down a bit.

I’ve had a really great experience with Arctic coolers for keeping the noise down. I’m on an X8 LGA 1366 platform though, so I don’t know if they’d translate to what you have!

I haven’t gotten very scientific about it, but I’m certain that the majority of the fan noise is via the CPU coolers, which are great at keeping CPU temps low, but were built for a 2U case within a datacenter in mind (I think). I’m genuinely happy with the cooling characteristics of the Dynatron’s, but I’m now keeping my eyes out for a good deal on the narrow ILM Noctuas.