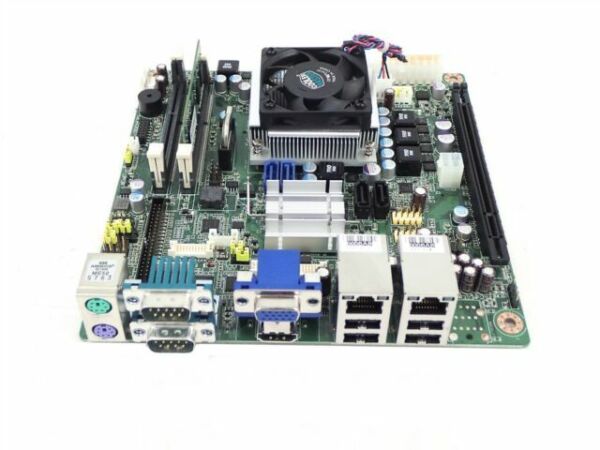 Find many great new & used options and get the best deals for Advantech AIMB 272 Motherboard I5-2510e 2.5ghz CPU 2gb RAM at the best online prices at eBay! Free shipping for many products!

ordered one of these for a pfSense build at my shop. The seller took my offer and now I just need to figure out what case I’m going to use. I may just throw it in one of my boomer uatx mid-towers from back in the day for now.

Don’t know anything about the board or the manufacturer other than it’s another “industrial board”…it’s a bit limited on ram but I’ve got a couple sticks of ddr3 so-dimms that I think are 4gb which should work pretty well for this build.

The board alone I’m not sure it’s all that great of a buy but factor in dual nics, low watt cpu, and a stick of ram to get me going…it’s not that bad with the offer the seller accepted.

I’ll need to pick up a ssd. I’ve never used usb flash drive(s) before on a pfSense build…not sure about the write endurance going that route.

I’m going to be putting it in harms way in my shop where employees tend to throw stuff around without much regard otherwise I might would consider something like that.

I’ll probably spring for one of those little cube cases 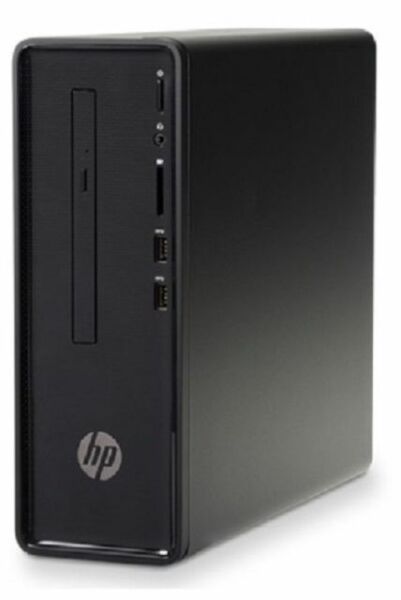 Find many great new & used options and get the best deals for HP Pavilion Slimline 290-p0043w (500GB,Intel Celeron,3.10GHz,4GB) Tower Desktop at the best online prices at eBay! Free shipping for many products!

This is what several folks including myself and @JDM_WAAAT run our pfsense on.

Here is a great resource on the HP box:

Those HP’s are pretty nice deal but…well I’m committed to this other thing now.

use that hardware for something else, or just sell it. I am pretty sure your the only one forcing yourself to move sub optimally. Those HP boxes will save you on your power bill in a big way compared to what you are looking at.

well I know other components make up for power consumption but just looking at the link you provided the celeron is a 54 watt tdp and the one I choose has a 35 watt tdp. I don’t see how I’ve made a bad choice in terms of power consumption.

the hp only pulls 17 watts idle per bios and likely more like 13 watts when the os is loaded per JDMs research.

Ultimately please do what you think is best… Just trying to make sure you have all the details for what your trying to do.

That was after he changed out the cpu to something lower tdp is how I took it. Either way I’m going to rock with this for a little while and maybe make it a OMV or something later on.

no he is using the the stock CPU that the box shipped with.

Also, Unless I am reading wrong that is a 2nd gen chip. Quicksync was pretty much shit until at least 6th gen. So if you are trying to take advantage of your plex hardware transcoding, that chip will not do for you.

At worst I just suggest you head over to discord and put a post in the quicksync channel. Hate to see you go any further down the rabbit hole and not get what you need.

I know I’m just as guilty but holy s**t…this one went for $71 plus $10 shipping and for me they would add tax.

I think the seller had the same board/combo the other day that went for $55.

Really that HP is looking really good right about now but I’ll rock on with my current plan…maybe use it for a few months. I ran the numbers on the energy consumption and we are talking about .75 to a 1 more per month worth of energy consumption ignoring some of the other performance per dollar metrics. But still it’s digging at me…maybe I’ll make the weekend without buying one.

Got the Advantech board in today.

A couple things…the Corsair cx450 watt power supply I chose would not work. I checked connections several times…I know the power supply works fine on typical 24 pin but it would not power the cpu for some reason…tried both 12v connectors. Weird. I moved over to a old Delta power supply that is 20 pin and it fired right up.

2nd issue is the little cpu fan is really loud…in this case it’s not a huge issue because I’m going to be running this with that Liebert battery backup UPS that I recently acquired…it’s enterprise crap loud so it’s going to help drown out any other competing noise. If I was running this at home I would be looking at doing some kind of mod work on that cpu headsink and fan.

The board has a weird quirk I’ve never seen…if you make a change in the bios and save/exit…it will power off the mobo for a few seconds then power up. This bios is overwhelming with options most of which I have no use for but it’s neat to rummage through it. 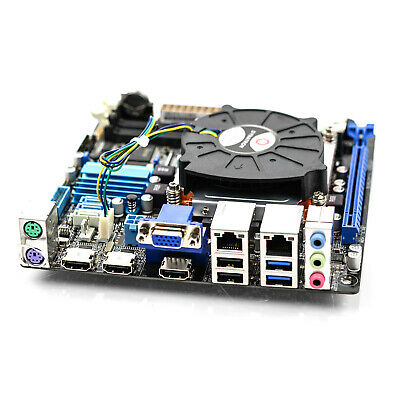 Find many great new & used options and get the best deals for Aaeon Mini-ITX Core i3 3.3Ghz Embedded Motherboard EMB-B75A with I/O, Fan at the best online prices at eBay! Free shipping for many products!

No, there’s no need for a dummy plug for pfSense. It runs with no issues on headless boxes.