Started assembling my new plex/NAS build last night after I finished my last final of the semester. So far I have 4 HDDs mounted in place, but I figure I will test the system and boot unraid first before I connect them or the LSI 9207-8i card. Plans for the build include 10 3.5" 3TB HDDs and possible 2 2.5" drives up front as the parity drives if I determine I haven’t sank enough money into the build yet. Also, the other 6 HDDs are currently in my gaming computer with data on them, so I will have to transfer files and slowly migrate drives over.

Going to have to wait until morning to install the cpu cooler and boot test as I forgot to pick up thermal compound before bestbuy was closed for the night.

Pictures from start to where I am now 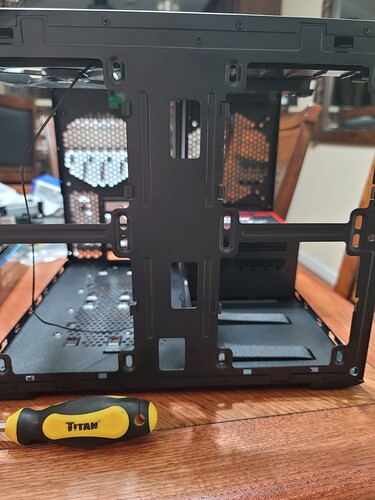 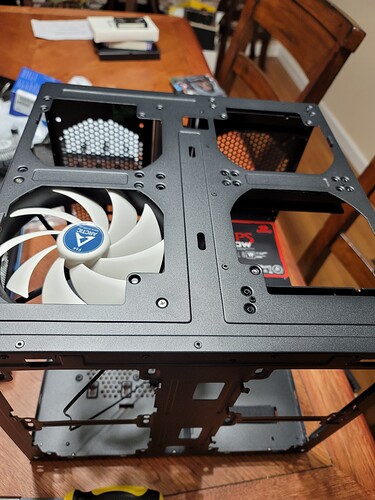 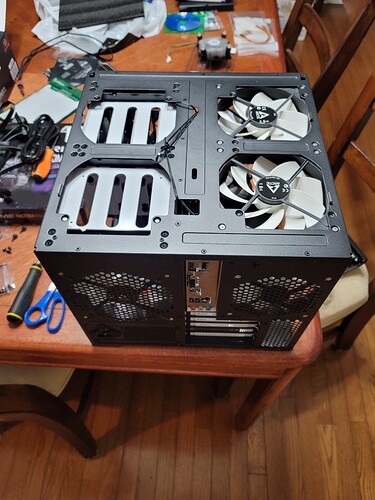 I tried to get a little creative with how I routed the case fan cables. I routed three of them out the top of the main compartment and back down through the main HDD compartment. Also was able to get a zip tie in between the case and the HDD track to keep two of the cables somewhat tight and out of the way elsewhere. 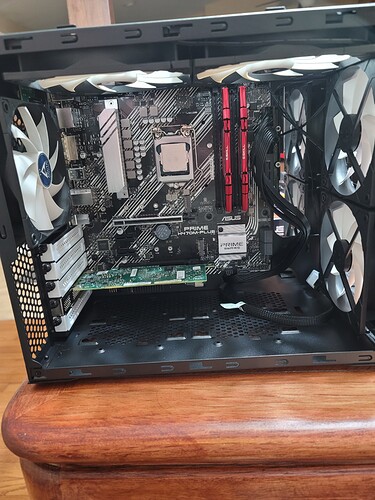 One annoyance is that the dust filters in the front portion of the case are very loose and fall out extremely easily. So I added a bit of tape to keep them in place a bit better.

A couple of questions if anybody can answer them.