If you have an existing server, yes. If you want to upgrade or build an all in one box, it’s possible to do this through Unraid.

Generally, a dedicated box is convenient and cheaper.

I do have an unraid server running plex. However, I swore I saw a post somewhere in your forum where using dockers would limit transcodes with the GPU. I am not sure if that applies with Unraid or some other OS. So my options are either buying a quadro card (probably an M4000) and installing it on unraid or building a separate box.

With Ubuntu or Docker you won’t have any limits with QS.

Do not buy a Quadro.

If your plan is to have a remote gaming system, I’d recommend building around that and using an external Plex QS box. It’ll give you the best performance for both.

Ok Thanks for that. So you said DO not buy a Quadro for Transcoding? Then which card do you suggest?

I suggest that you follow this guide and build a dedicated Intel QSV transcoder!

Docker and Linux are both fully supported with Intel QuickSync! Those statements related to GPU hardware transcoding.

Great! Thank you. I re-read those statements and see now that discreet GPU was referenced, not QuickSync iGPU. I’m also looking for some advice on a system build. I researched well over a year ago and originally planned on putting together an Unraid NAS using dual Xeon eBay parts. I got sidetracked and never completed. My use case was a Plex server in a docker as well as NAS drives, intending to also perhaps mess around with some VMs just for learning. I intend to complete this now and will also set up a ‘Channels DVR’ (also performing transcoding). It can also be set up as docker or Ubuntu desktop. This is when I stumbled onto your excellent guides here. So, now more educated on the excellent QuickSync iGPU capabilities, I’m thinking that should trump any Xeon thoughts, probably more capable and less power hungry, especially during idle times. But, I’m still wondering if it makes any sense to have two boxes, a transcoding box running Plex and Channels DVR, with a second box running Unraid NAS drives? Or, to just put it all in one and use dockers? I really like the way you presented most bang for buck choices here, but I don’t mind spending a few bucks extra for longevity and future-proofing. Even thinking about building a 10th gen i5-10400 to have latest, great capability, and relatively low power. Any thoughts?

Can you please help validate this build? I am hoping to make Plex transcoder + NAS based on your above build. What PSU would you recommend? And any changes I should consider?

Related - Thanks for the awesome guide! has been super helpful!

Long time lurker on reddit and first time poster on this forum.

I have looked at JDM_WAAAT for all of my builds so thanks a ton for putting all of these guides together. This forum here is an awesome idea. Love it.

Now, to be a little selfish here with my problem statement. I have a dual cpu xeon build with a supermicro board and im looking to move my workload to a low power system. Thats why i started looking at the hp290 option and ended up here.

I want something that will stay on 24x7 and will be low on power. I currently run 19 docker containers on that box:
Plex
nextcloud
traefik
sabz
radarr
sonarr
grafana
prometheus
gitea

to name a few. all with local storage. Dont have a NAS yet.

Is the Multi-tasking NAS build my best bet here in terms of plex + other workload or am i better off building a separate plex transcoding box and a separate NAS. I have never served plex data over nas though, does the performance suffer ?

I am also looking for low power which is why I’m attracted to the latest 10th gen, i.e. i5-10400 to perform transcoding as well as other docker tasks and VM (>13000 passmark). However, these now use LGA 1200 socket and there are no motherboards I know of that can use ECC memory. Is ECC necessary? I think it may be for NAS to ensure data integrity. For transcoding, I’m not sure? For VM, also not sure, but I guess it depends what using VM for?

Originally, I was going to build a dual Xeon, but think now that newer QuickSync is the way to go for lower power and perhaps better transcoding.

I’m considering a transcoding / VM / docker box using newer QuickSync and then separate NAS which would then only need maybe a G4900 or Pentium Gold (cheap & low power), but maybe get a motherboard that supports ECC.

Does any of this make sense, or is my logic faulty?

Currently, there’s no evidence that the i5-10400 has significantly lower power draw compared to a i5-9400 or i5-8400, especially the “T” variants. That, combined with the low availability and extremely high motherboard costs offsets any power consumption advantage it might have.

ECC is not necessary, but it never hurts. The problem is that DDR4 ECC is more expensive than regular DDR4, not to mention CPUs/motherboards that are required for DDR4 ECC are again, expensive.

Dual Xeon is still a very viable option, you can split off Plex transcoding into a very small dedicated box for QuickSync.

I got a HP Prodesk Mini 600 G4 to serve as a Network Video Recorder. I’m running Windows and Blue Iris. The OS is installed on a 256GB NVMe, but obviously I want to add another drive for storage. I think 1TB is suitable for my needs.

My question is, should I be looking at TLC or QLC? I believe the 1TB drive will store at minimum 3 days worth of video, which means I’d be overwriting once every 3 days or more. Is QLC suitable?

Let me know if there are other factors I should be considering. Thanks!!

You should be looking at a hard drive for NVR use. SSD Nand has limited write cycles and using it this way will wear out the drive.

In that case, is it a bad idea to write to Unraid?

The hardware is the issue, not the OS. Unraid will work just fine.

My Otis solution now that the 290s have jumped in price is a Dell optiplex 3070 micro off ebay.

I think this was a much better deal than piecing it all together. Yes, more expensive than where the 290s were at, but its also smaller, only 35w, has more cores and threads, has a better gpu, and I don’t have to stick more ram or a better HD into it. 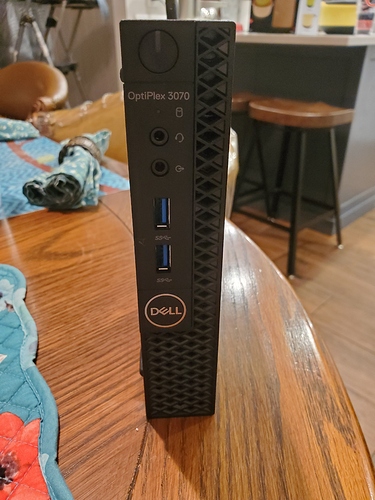 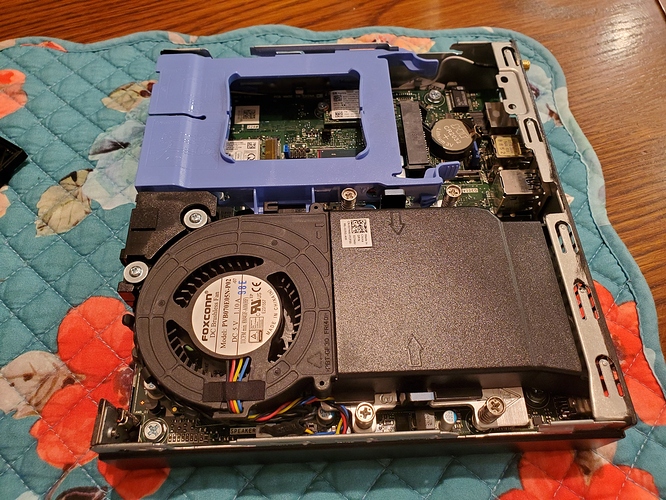 Yet Another Fantastic Guide from JDM & Serverbuilds!!!

I took a long pull from the HP290 Kool-Aid ( I have 2 @ $104 price point ), this guide makes it really easy to roll your own custom transcoder / NAS / Whatever Box with off the shelf modern hardware. Sure it may be difficult to reach the $100 mark but still a very awesome write up. I like it!