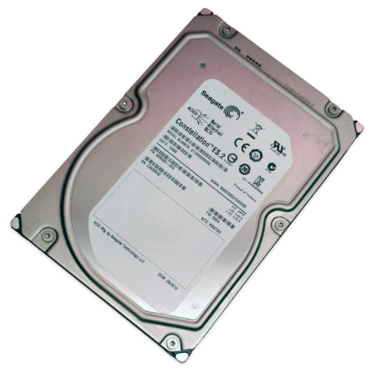 Normally, these are $20.00 each with free shipping.
BitDeals is offering a special promotion for serverbuilds.net members: (quantities below are the minimum quantities to activate the coupon, you can order other quantities) 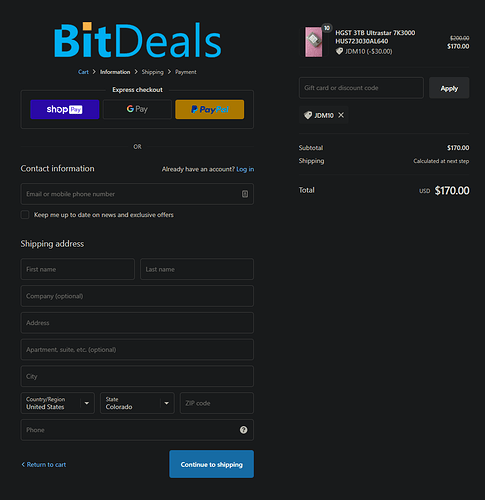 How do I use these drives?

I see deals like this and really want to take them, but 5 drives shipped to Switzerland is $75 shipping, that just can’t be right. Are there not cheaper shipping deals? I’d expect to pay around $20 tops

Shipping a large, heavy package from the US to Switzerland will certainly cost more than $20.

That was an exception, your expectations are unrealistic.

Might be, also might be that this chap is missing out on sales from the entire world because he doesn’t want to review who he does shipping with. As stated I order stuff from the US all the time and this is extremely expensive

Here’s quotes from USPS, UPS, FedEx, and DHL, assuming 5 3.5" HDDs at a bit under 2lbs a pop, in a box that (conservatively) measures 8"x6"x6" and with a total weight of 10lbs shipping to Zurich from New York. 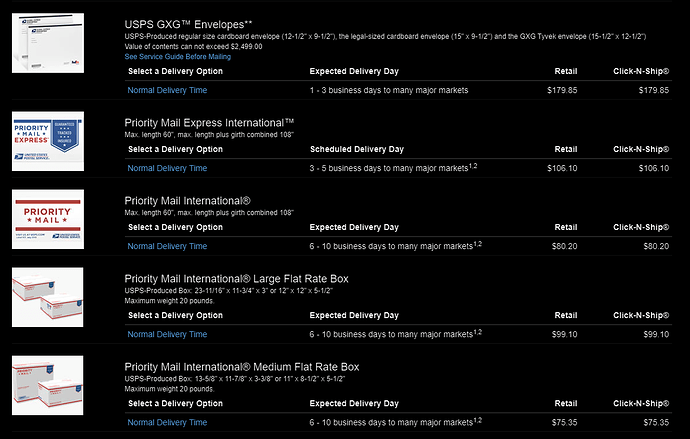 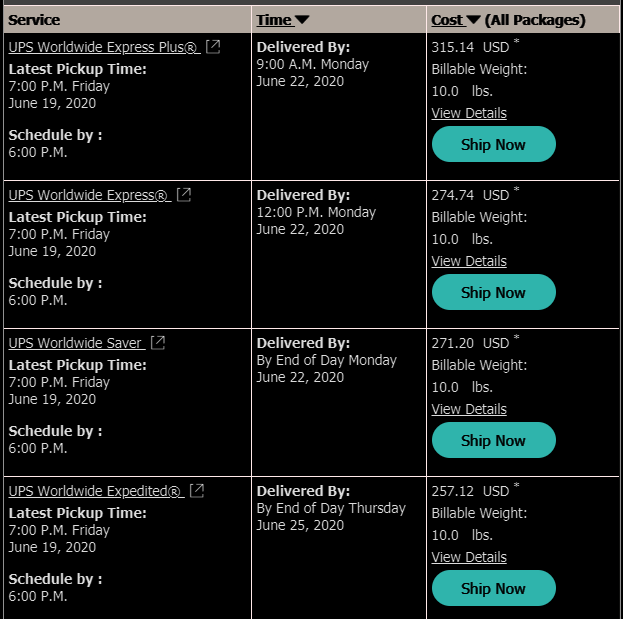 BitDeals is offering you the cheapest option available.

$59 the other way with Swiss post, haven’t even looked at budget carriers. That’s 5kg which is more than 5 disks.

The price for the HDD is very good for Europe, before the serverbuilds discount. Find a better shipping company and you have opened up a huge new market.

The cheapest means of shipping to Europe from the US is via USPS, and for this it’s $75. 3.5" SAS hard drives with a few platters weigh approximately 1.7lbs, and packing material is not weightless. 10lbs is an accurate estimate for five drives + packaging.

There’s no “get a better shipping company,” it’s reality - it costs this much to ship this package from the US to your location.

Still new to the server scene (built a NAS Killer 4.1 a few weeks back), but the pictures on the site show the drives could have been made back in ~2013 time frame, that seems a little old? About how much longer should they be expected to run? For the price, I might have to get some to try out. Thanks everyone!

Yep, hard drives can last a REALLY long time if they are taken care of, especially enterprise drives.

Awesome thank you! My 4.1 has some reds from 2016 in it still kicking with no errors, they are some of my oldest drives. Edit - Now, Seagate or HGST?

Yeah, back in 2011 I bought a new Synology 1511+ and also 5 new 3TB Western Digital Caviar Green desktop drives for it (I don’t think that the WD Reds were available yet). Since then 4 of the 5 drives have been running without any issues. Also, the fifth drive only started having issues a few months ago. That is a pretty good length of time considering that these drives are normal desktop drives and not something meant to be in a NAS setup.

And before anybody asks, yes, I have since replaced the fifth drive with a used 4TB drive that I had on hand to keep it running smoothly until I get the time to build a new NAS setup to replace the Synology.

Good to hear, I was in tech around some of seagate and the ibm deathsar issues, even got a couple. Wasn’t sure about the 2013 time frame as career had me out of the loop for a long time. Looking forward to using these and more sales as well! Thank you everyone!

So are SAS drive better than NAS drives? I have a 4.1NK and I can go with either options. but first 3TB will consume lot of space in the build and also not sure about the SAS vs NAS deal?
Isn’t better to schuk drives?

I’ve bought the HGST drives from ebay. Now that I have them with me, I’m having 2nd thoughts to deploy them due to they may suck more power than my existing SATA drives. Though my SATA drives are pretty old, not sure which sucks more power. I am using Unraid, and there is no SAS powerdown for now with Unraid, it will remain spinning. Can’t decide whether to put them in yet or not.

They use more power mostly because they are 7200 RPM. The power difference isn’t huge though.
Use them, they are great drives.

The other issue is sas power down. Since they are SAS, and my SATA are pretty old, does it mean possibly they perform more faster than my SATA 2 drives?